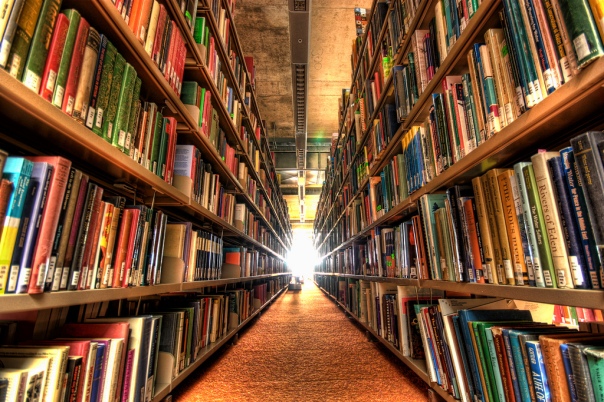 I was in the school library, browsing. I was nine years old. The spine of Edward Eager’s Half Magic slipped into my vision. My early childhood had been filled with Little Golden Books, Dr. Seuss, and an endless string of dusty fairy tales. Half Magic was next level. It was a story that changed my expectations. It was light, it was fun; it had a magic I could almost believe in. It was the catalyst for my never-ending search for stories of a similar ilk.

I was eleven. We were living in Greece at the time on a twelve-month posting. We had flown to London to visit Madame Tussauds, and the Planetarium, and were returning home to Athens. We were on staff tickets, and had eight hours to kill on standby at Heathrow airport. Mum bought me Alice’s Adventures in Wonderland & Through the Looking Glass by Lewis Carroll. By the time we arrived in Saronida, I had devoured the book. Children’s books written in English were few and far between in Greece at the time. I read it over and over.

Returning to Australia, The Chronicles of Narnia by C.S. Lewis came next, book after book, by day and by night. These were followed by The Secret Garden by Frances Hodgson Burnett, and Charlotte’s Web by E.B. White. Reading was a drug. By the time I was fourteen, I had read Orwell’s Animal Farm and Nineteen Eighty-Four, amid a plethora of Agatha Christie murder mysteries because these were what my mother was reading at the time. When my brother was given The Hobbit and The Lord of the Rings trilogy by J.R.R. Tolkien for his birthday, I waited impatiently for him to finish each one so I could read it next. Jeffrey Archer’s Not a Penny More, Not a Penny Less was followed by A Clockwork Orange by Anthony Burgess. This book still haunts me. It was a traumatic experience.

I was twenty-one when my daughter was born. Back to Dr. Seuss, Little Golden Books, and a score of others, too many to mention – two books a night, every night, for the next five years. During this time, I turned to the classics – Louisa May Alcott’s Little Women, Emily Brontë’s Wuthering Heights, Pride and Prejudice by Jane Austin, and Jane Eyre by Charlotte Brontë. In between these, I fed my voracious appetite on a collection of Sherlock Holmes short stories by Arthur Conan Doyle, as well as Robert Louis Stevenson’s works, including the weird and wonderful The Bottle Imp, a standout among so many of his stories. By the time I was in my mid-twenties, I had contemplated the brilliance of numerous plays, the most memorable being Waiting for Godot by Samuel Beckett, and The Removalists by Australian playwright David Williamson. Greek tragedies, including The Persians by Aeschylus, and Sophocles’ Antigone, were counterbalanced with more contemporary works as I dived into countless Stephen King and Dean Koontz horror stories.

Fourteen years passed before my first son arrived. When he was two, my mum died. I cried every morning for a whole year. My wake state was a nightmare, sleep my only relief. It would take me ten years to be able to think of her without tearing up. She was so intelligent, so beautiful. I still have bad days.

Eight months later, I welcomed my second son. I was drowning in exhaustion, working full-time; still grieving. Joanne Rowling’s Harry Potter stories hit like a dose of morphine. Her books were life-saving, an escape from a depth of unimaginable wretchedness born of utter disbelief and inconsolable loss. I revelled in Rowling’s easy writing style, her brilliant bursts of dry humour, and the feast of originality she offered amid a familiarity of British folklore. Nothing had ever inspired me to such heights. What she gave to me was a gift. A tiny giggle in a song of sadness.

I longed to give the world such a treasure. It was the spark to a pile of tinder I hadn’t known existed in me. I want this, my heart sang. I can do this, my head declared. And away I went.

Over the next few years, I wrote three 10,000 word middle-grade books completely in rhyme. But the stories weren’t what I dreamed of. They went into the bottom drawer, and I turned to prose. It was like taking off a straight-jacket. Writing in rhyme is incredibly restrictive. Prose was a breath of fresh air and, over the following eighteen months, I diddled out the precursor to a story slowly unfolding in my fledgling imagination. It grew and morphed, and within three years I had banged out the skeletal form of a trilogy full of adventure, mystery, and paranormal themes. This is what all the writers whose works I had read had helped create in me. During the next eight years, I added flesh and sinews, veins and arteries, skin, hair, eyelashes – connecting, colouring, filling my creation with life – editing, editing. Endless editing. The learning curve has been steep. And slow.

In between this time I sought refuge in Robin Hobb’s The Fareseer Trilogy, Raymond E. Feist’s The Riftwar Saga, The Wardstone Chronicles by Joseph Delaney, and The Bartimaeous Trilogy by Jonathon Stroud. Steig Larsson’s Millenium trilogy kept me occupied for a short while, as did Paulo Coelho’s The Alchemist, Jasper Fforde’s ‘Thursday Next’ books, and Miss Peregrine’s Home for Peculiar Children by Ransom Riggs. A short return to the classics added The Great Gatsby by F. Scott Fitzgerald, and The Picture of Dorian Gray by Oscar Wilde, to the mix. These days it’s the works of more contemporary writers like Patrick Rothfus, Markus Zusak, Liane Moriarty, Paula Hawkins, and Brandon Sanderson who feed my need for literary diversity.

I have mentioned only those stories that come to mind as I write this; those that jump to the front of the queue for one reason or another. The problem with this is the impression of exclusion. There were countless others – some I remember easily, others need a nudge. The road of my reading history is also littered with novels the titles of which are long forgotten, of authors whose names remain forever on the tip of my tongue, never to be recalled, but whose words at some time created images in my mind so vivid they stained my memory.

My Book One manuscript is print ready. Book Two is falling into place beautifully. I wish there were more hours in the day. I love writing. I love the purity of it, the ideas that come from the unique conglomeration of all the tastes and textures I have consumed. I love knotting out plot snarls. I love the editing process, the endless desire for the perfection of every paragraph to flow so well that the reader falls into the story without realising it.

Today I sent in another submission. I believe it’s the best I’ve written so far. Rejections change you. I’ve grown. I’m no longer intimidated by them. I’ve thrown away the ‘How to write a successful submission’ formula. I’ve written from that place inside me, the place where my stories come from. I would ask you to cross your fingers for me, but I don’t need it. I don’t need hope; I don’t need encouragement. Determination – real determination – eventually settles. It becomes a part of you. It can’t be brushed aside. It’s only a matter of time.

Posted on October 21, 2018, in Uncategorized. Bookmark the permalink. Leave a comment.